CTC is preparing thousands of mangrove seedlings for planting around the coast of Nusa Lembongan island, Bali. Currently, the baby mangroves are being cared for in the nursery house by members of Gili Bhuana, a local community surveillance group, and will be ready in a few days.

According to the latest data, 19,570 mangrove seedlings of 18 species have been locally cultivated. The Nusa Lembongan Island is known to be home for 13 different mangrove species. Therefore, the planting of mangrove seedlings will contribute to the island’s floral biodiversity, without harming native plants as the new species are not invasive ones. The mangrove planting is part of the COREMAP-CTI project in the Nusa Penida marine protected area (MPA) funded by the Asian Development Bank (ADB) and the Indonesia Climate Change Trust Fund (ICCTF).

The majority of those seedlings are native to brackish waters in Nusa Lembongan; 4,500 seedlings (23%) are Rhizophora stylosa (Bakau) and 3,000 seedlings (15.3%) are Bruguiera gymnorrhiza (Lindur). “Those seedlings are propagules from native species. Therefore, existing mangrove species in the island will be preserved and maintained,” said CTC COREMAP-CTI Project Coordinator Evi Ihsan.

In August 2022, our team monitored the condition of all mangrove seedlings during the visit of the ADB Country Director Mr. Jiro Tominaga, Director of Marine Affairs and Fisheries of the Ministry of National Development Planning/National Development Planning Agency of the Republic of Indonesia (Bappenas) Mrs. Sri Yanti, and ICCTF Director Mr. Tony Wagey. While visiting the nursery house, the delegates expressed positive feedback on the the progress made by CTC. 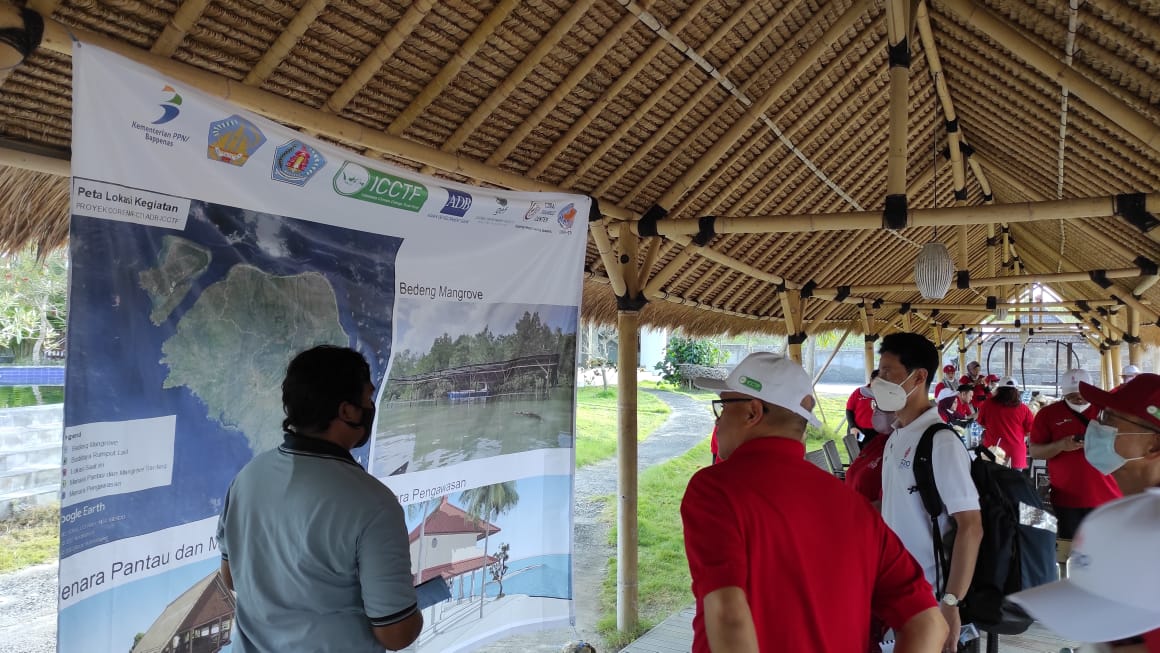 They also learned from meetings and discussions with local community representatives that mangrove planting will benefit not only nature conservation, but local livelihoods and food security as well. Mangrove planting in the future will provide critical breeding and nursery grounds for various marine animals such as crabs and fish, thereby supporting sustainable fisheries and generating revenue from ecotourism activities such as the mangrove tour run by the Surya Mandiri community group located in Jungut Batu village. 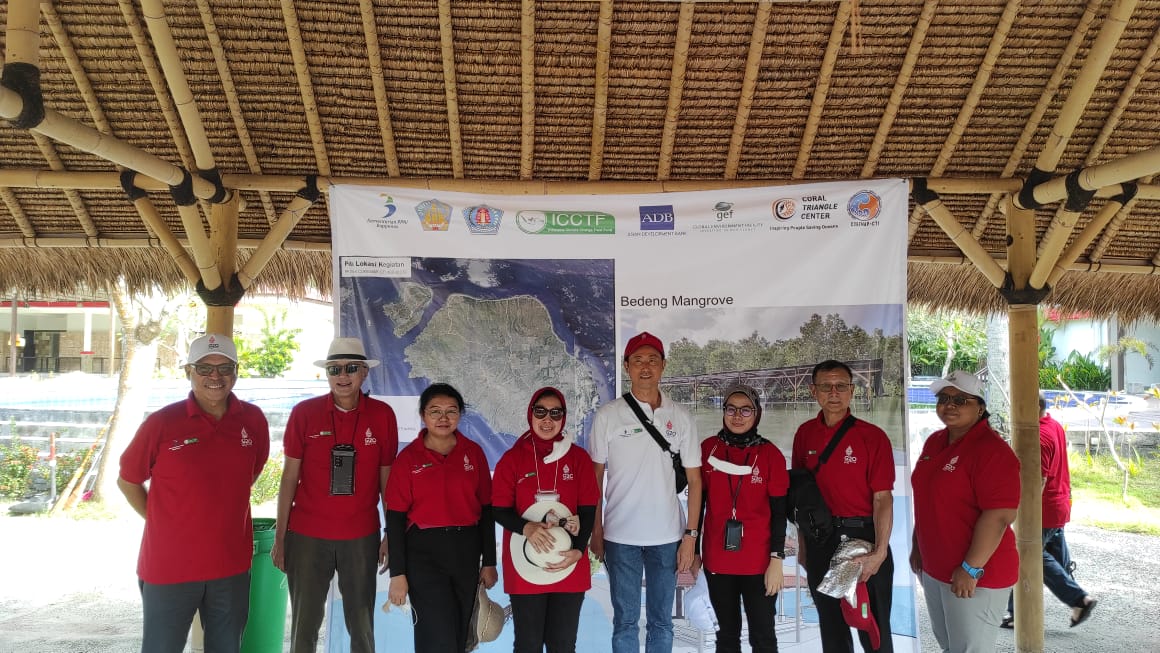 The 203-hectare mangrove forest on Nusa Lembongan also protects the small island from destructive waves and helps mitigate climate change by capturing carbon dioxide gas from the atmosphere and sequestering the carbon underground. Given those invaluable ecosystem services, mangrove forests are one of three blue ecosystems that are increasingly being prioritized throughout the world, including in this year’s G20 Summit that is hosted by Indonesia. (*)