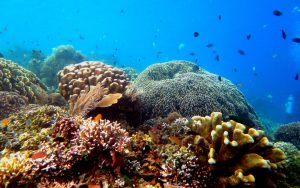 CTC, in collaboration with WWF and the Ministry of Marine Affairs and Fisheries (MMAF) Indonesia, organized a workshop last week to further support the development of Indonesia’s vision to expand its marine protected area (MPA) coverage by 30 million hectares in 2030.

The workshop is part of a project wherein non-government organizations (NGOs) collaborate to support the effective management of MPAs in Indonesia and boost the government’s effort to achieve its target under the Conventional on Biological Biodiversity to declare 10%  marine territory as an MPA.

The project aims to develop a status report on MPAs in Indonesia report; a shared MPA vision document and shared plan of action; and a communications and outreach platform to socialize the MPA vision and facilitate collaboration among partners towards shared goals.

In 2009, the Government of Indonesia set a target to protect 20 million hectares of marine areas by 2020. At the 2018 Our Oceans Conference in Bali, the MMAF announced that Indonesia had reached this target and was setting a new one. The new target is two-part: (1) ensure the 20 million ha are effectively and equitably managed; and (2) expand area coverage to 30 million ha by 2030. 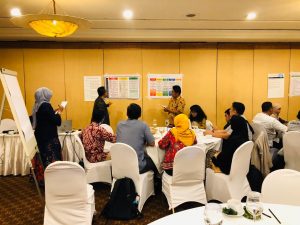 By 2030, Indonesia’s MPA network will serve as a globally relevant example of collaboration leading to significant achievement in establishing and effectively managing MPAs, benefitting thousands of coastal communities.  Following these 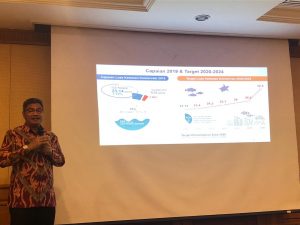 discussions, we identified a need to improve and facilitate coordination and planning among NGOs and key government partners in order to develop this vision. We propose to support an intensive, one-year process to identify areas of collective and separate action, develop key products, and build communication and learning among partners – all of which will set the stage for long-term collaboration and improved outcomes for all organizations.

The project is also supported by other NGOs such as Wildlife Conservation Society (WCS), Conservation International (CI), Rare, and The Nature Conservancy (TNC).